Removing the tenterhooks for now 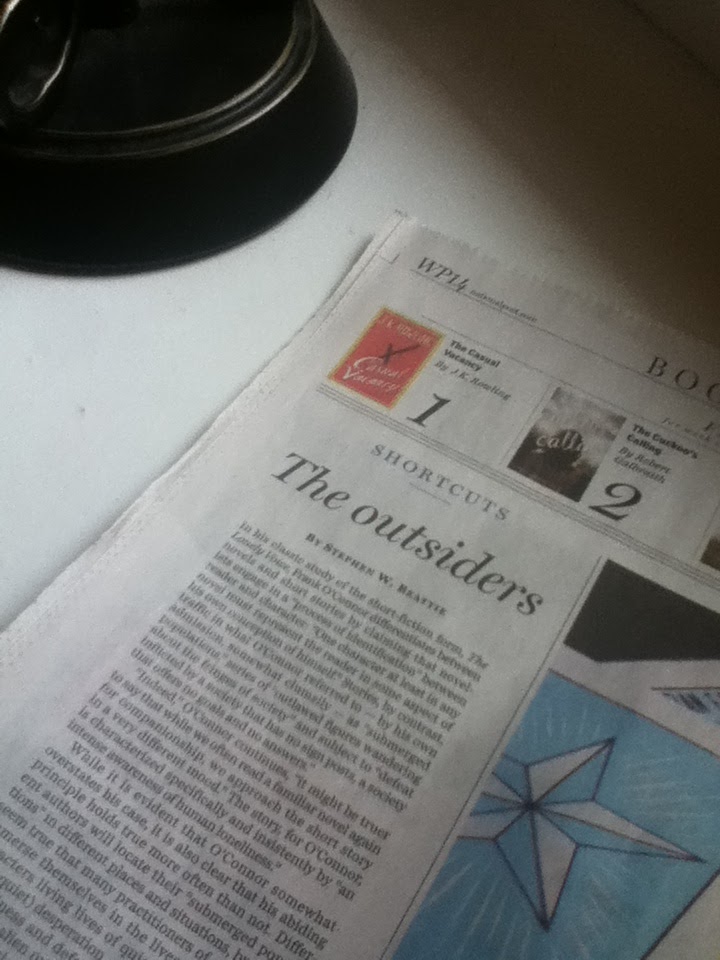 Keep it Beautiful's first real review has arrived in the form of a better-than-I-could-have-imagined write up in Steven Beattie's National Post Shortcuts column. I admit that this was the part of the publishing process that I was most nervous about (well, after the idea of my mom reading the book). But to have a positive review in a national newspaper---written by a respected critic to boot---be my first review ever? That is something I never really thought was a possibility.


In a twist that will only serve to reinforce the notion that Canadian publishing is a small and insular enterprise, the book that shares this column with Keep it Beautiful is Peter Unwin's collection Life Without Death. In a previous life, I was Unwin's publicist for an beautiful non-fiction book he wrote called Hard Surface: In Search of the Canadian Road. To be mentioned in the same column, even to be thought of as anything close to a contemporary of Peter Unwin, is itself incredibly high praise in my opinion. He is a gifted writer. He has an eye for the curious that I envy and a stylistic ease that I could only dream of matching. The commonness of my name leads me to wonder whether Peter even knows that I'm one in the same. So, if by some long shot you're reading this, Peter: yup, it's me!

As much as a positive review buoys my fragile, fledgling confidence as a writer, I know that less positive reviews may be yet to come, so I won't let myself off the hook just yet. Maybe I'll just come down for a week or so at least.
at August 19, 2013
Email ThisBlogThis!Share to TwitterShare to FacebookShare to Pinterest
Newer Post Older Post Home