In praise of small. My completely subjective, unscientific two cents. 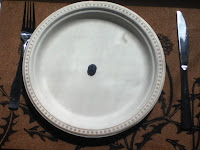 About five years ago, give or take a few months, all the employees of the publisher I worked for gathered in the office of our fearless leader and popped champagne at 10 A.M. We were celebrating the wild success of a book we had recently released. The book had sold tens of thousands of copies in its first three weeks and that morning had simultaneously hit the number one spot on four bestseller lists. There were toasts, photos, a couple of articles about our success on trade websites. We looked out, proud chested, through the windows of our penthouse-floor offices onto Yonge street. And we felt good.

Three years later, that office was closed and that company ceased to exist.


To be fair, day-to-day we weren't anywhere near as flashy as this initial paragraph makes us out to be. We scrimped and penny pinched, as all publishers do. We held rather successful book launches on budgets of $200. We carpooled to sales conferences and considered every expenditure carefully. I worked in the publicity/marketing department, arguably the place where the most non-essential spending takes place at a publishing house, and I know we did our best not to tip the scales. And yet . . .

I've come to believe that, for all the unique and specific reasons behind that particular collapse, the key to keeping Canadian publishing vibrant and alive is to think small. Really small. There have been nothing but bad news stories for our mid-sized publishers lately it seems (with a few exceptions), and yet, the really little guys appear to be getting more visibility on awards shortlists and proving more adept at adapting to the near chameleon levels of industry changeability.

At a time when brick-and mortar bookstores are increasingly either closing their doors or devoting more floors space to things that aren't books, is not industry is telling us that publishers need to  fundamentally change their working environments as well? The industry isn't changing, it has changed.

Two months before the collapse of the company mentioned above, I took a job at a little publisher most people had never heard of and went to work in the basement home office of one of its owners. I didn't work a full, 40-hour work week, I was responsible for more aspects of the business than any one person had ever been at my previous jobs, and most of our staff meetings were held over Skype. And yet I did, and still do, feel more secure, fulfilled, and excited about publishing than I ever did in the penthouse days.

There's a freedom that comes with working in small press publishing. Small presses aren't as afraid of taking risks with what they publish because they keep print runs low and overhead down. They have a community of independent booksellers, both brick-and mortar and online, that support and acknowledge the fact that they are able to try things that the bigger presses are perhaps too overburdened to take the chance on. Would my own first book have made the cut if my publisher were solely interested in selling enough copies to to make it onto a bestseller list? I'm not sure. There generally isn't a lot of room for new voices or perspectives on those kinds of lists.

Multinationals (and soon mega-Godzilla-super-Heman-multinationals) will always take up a large chunk of our book market, and they do provide us with some of the most amazing Canadian literary talent we have. But perhaps we need to start rethinking what an independent press in Canada looks like, and stop buying into the myth that small equals insignificant.

I can't give you statistics or Booknet numbers to back up this theory of mine. It's just a gut thing. A little spidey-sense that the overall publishing tide is turning in favour of a lean, mean, streamlined publishing model lead by small, focused presses with fewer in-house staff and a thriving pool of freelancers. If I am right, there will be problems. We can't continue to churn out hundreds of publishing grads each year, promising them a life of literary bliss, if the number of jobs continues to decrease. Growing (or shrinking?) pains are inevitable. And there's always the chance that I'm dead wrong, that's been known to happen. Time will tell. But in the meantime, read independently, read happily, and above all read a lot.
at April 06, 2013
Email ThisBlogThis!Share to TwitterShare to FacebookShare to Pinterest
Newer Post Older Post Home