Been Reading: Love in Infant Monkeys by Lydia Millet 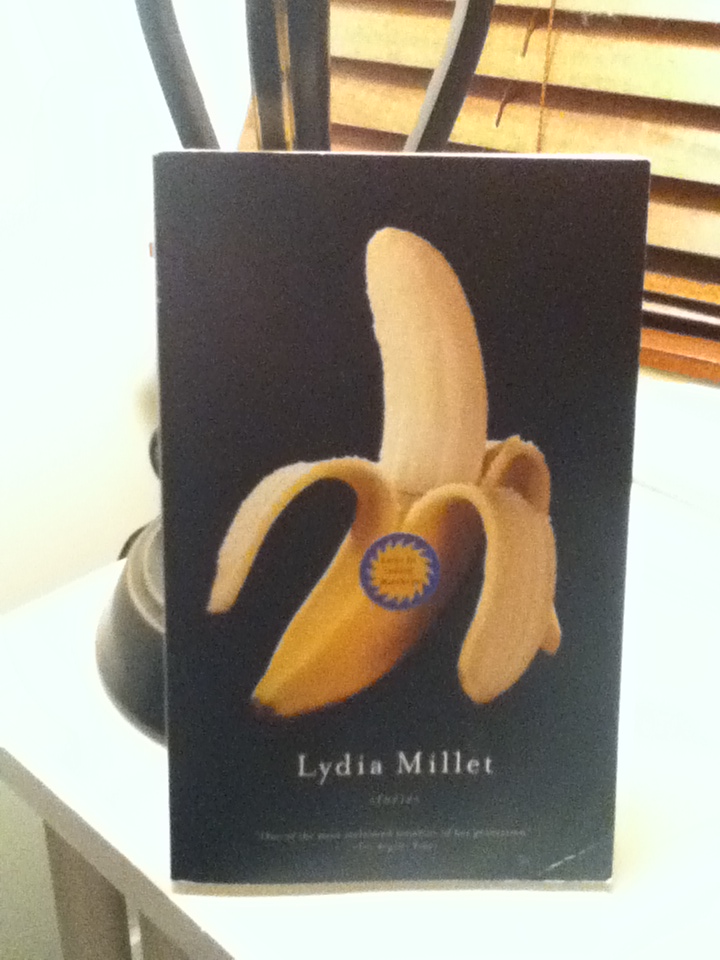 When I got my first office job, at a medium-sized publishing house in Toronto, I finally learned the meaning of the word Stress. I capitalize it to denote the real, grown-up-people kind of stress that comes with riding Go trains and worrying over job performance and office politics when your job is linked to keeping a roof over more than one person's head and food in more than one stomach. Academia had been a breeze. True, many people consider university to be stressful, but my naturally argumentative nature had dovetailed perfectly into an English lit degree filled with passionately argued papers. I was not prepared for the unique panic brought on by sitting in a windowless cubicle with carpeted mini-walls for eight hours a day, hoping to GOD that the press release I just emailed to my boss was free of typos.

So, rather than railing Hulk-like through the halls, I devised a coping mechanism. I taped pictures of baby monkeys to one wall of my cubicle. It was the least conspicuous of the three, only visible from within the tiny dungeon. And it worked. I felt better being able to sneak a glimpse at a wheelbarrow full of infant orangutans, a tiny spider monkey clutching a lily, and the mother of all baby monkeys---a newborn pygmy marmoset clinging with all four limbs to a human pinky. I could have pasted up picture of my family, my baby nephew or toddler nieces. Surely they would have served the same cute-reprieve-slash-instant-smile purpose. But there was something ultimately comforting about those furry, almost (but not quite) human faces. It wouldn't have done much good to post pics of real people whose birthdays I might forget or whose tiny, fragile feelings I might inadvertently hurt. Animals give without knowing how to ask for anything in return. We can take from them what emotional fulfilment we need, and they carry on, unaware of what they've given.

Love in Infant Monkeys takes that ability to write ourselves on to our non-human companions as its central focus. Her people use their relationships with animals to make digest their human relationships, their own failures, their guilt, their neuroses. All the while, their animals blink blankly back at them, beautiful and brilliant and dumb. It should be noted that most of the human characters in this book are celebrities, or historical figures, and there are many familiar pairings here: Tesla and his pigeon wife; George Adamson and his lions; Edison and poor, doomed Topsy; Harry Harlow and the eponymous infant monkeys of his now-famous studies on mother love. Millet is playful with these characters and our existing understanding of them, but that wasn't really what made me devour her stories. It was the honesty of her perspective on human-animal relationships that carried me through.

Nowhere is Millet's understanding of the complexity of these relationships more apparent than in the title story. Click here for background on Harry Harlow, should you need it. Then consider that Millet places Harlow in the middle of an experiment that involves removing infant monkeys from their mothers (natch) and essentially torturing by placing them in completely enclosed deprivation pits (the “pits of despair,” as he calls them) where they can see no one and nothing other than the walls of the pit---all while he drinks enough to dull the knowledge that his wife, mother of two of his own children, is dying of cancer. In the briefest descriptions and observations of a tiny monkey named Minestrone, Millet paints Harlow's entire character arc in six sentences. There's scientific detachment paired with the unavoidable urge to console mingled with a strange sense of commiseration, even as one party sits helpless in a pit. It's a powerful cocktail of emotions and Millet hits the mark dead on.

Just read it. It will make you want to hug your dog. Or kill an elephant. One of the two. And don't let the appearance of Madonna in the first story throw you: these waters run deep and Madge is just the beginning.